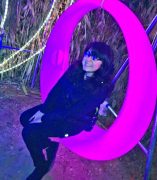 Pronouns: She/ Her/ Hers

Jacquelin Garcia is a First Generation Chicana born in Chicago and raised around the Gage Park Neighborhood. She received her Bachelors of the Arts in Latin American and Latino Studies with a highest distinction and minor in Gender and Women Studies. While a student at the UIC she worked at a daycare close to home. She also volunteered at her local church youth group that aimed to keep teens off the streets and create a safe space where teens were able to play sports or gather. During her time in the masters program she hopes to eliminate the stereotypes behind motherhood and shed light on the importance of mothers in the community.