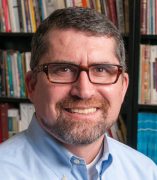 Cristián Roa is Associate Professor of Latin American and Latino Studies. He has a PhD in Romance Languages from Princeton University. His current research focuses on the ethics driving activities of linguistic and cultural revitalization among Nahuatl speakers in Zongolica and Rafael Delgado, Veracruz, Mexico. He specifically examines the history of Xochitlahtolli, a self-supporting community organization that has been working on various linguistic and cultural projects officially since 2003, but as early as the 1970s and 80s without formally conforming an organization. This project looks at the value systems, commitments, and sources of motivation steering the work of its members in the context of a history of profoundly disruptive economic, social and cultural changes in the Sierra de Zongolica. The introduction of state-sponsored economic development plans and cooperatives to foster growth and modernization has also been met by coordinated efforts by local communities to create collective organizations and political responses to the political, cultural, social, and economic conditions affecting their lives. Studying the forces fueling linguistic and cultural revitalization efforts in the area since the past century is fundamental to understand how those communities envision a future for Nahuatl speakers in the context of Mexican social and cultural relations within a globalized world.