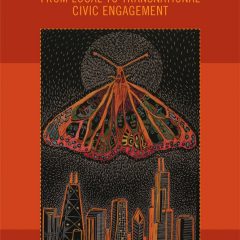 Chicago is home to the second-largest Mexican immigrant population in the United States, yet the activities of this community have gone relatively unexamined by both the media and academia. In this groundbreaking new book, Xóchitl Bada takes us inside one of the most vital parts of Chicago’s Mexican immigrant community—its many hometown associations. Bringing together ethnography, political theory, and archival research, Bada excavates the surprisingly long history of Chicago’s HTAs, dating back to the 1920s, then traces the emergence of new models of community activism in the twenty-first century. 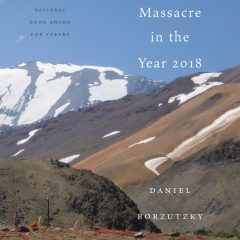 In Written After a Massacre in the Year 2018, Daniel Borzutzky rages against the military industrial complex that profits from violence, against the unjust policing of certain bodies, against xenophobia passing for immigration policy, against hate spreading like a virus. He grieves for children in cages and those slain in the Tree of Life synagogue shooting in Pittsburgh. But pulsing amid Borzutzky’s outrage over our era’s tragedies is a longing for something better: for generosity to triumph over stinginess and for peace to transform injustice. 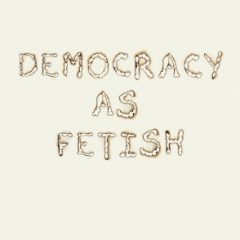 In this innovative multidisciplinary study, Ralph Cintron provides sustained analysis of our political discourse. He shows not only how the rhetoric of democracy produces strong desires for social order, global wealth, and justice but also how these desires cannot be satisfied. Drawing on ethnography, economics, political theory, and rhetorical analysis, Cintron makes his case with tremendous analytic rigor.

Mexican Americans and the Question of Race by Julie A. Dowling Heading link 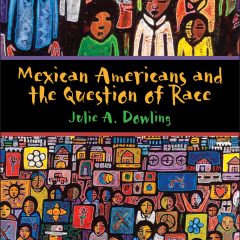 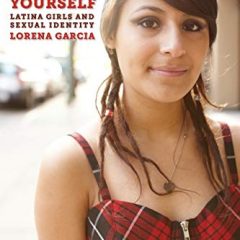 While Latina girls have high teen birth rates and are at increasing risk for contracting sexually transmitted infections, their sexual lives are much more complex than the negative stereotypes of them as “helpless” or “risky” (or worse) suggest. In Respect Yourself, Protect Yourself, Lorena Garcia examines how Latina girls negotiate their emerging sexual identities and attempt to create positive sexual experiences for themselves. Through a focus on their sexual agency, Garcia demonstrates that Latina girls’ experiences with sexism, racism, homophobia and socioeconomic marginality inform how they engage and begin to rework their meanings and processes of gender and sexuality, emphasizing how Latina youth themselves understand their sexuality, particularly how they conceptualize and approach sexual safety and pleasure. 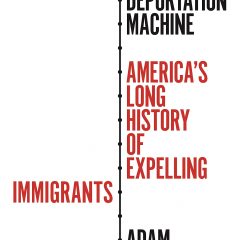 In a sweeping and engaging narrative, Adam Goodman examines how federal, state, and local officials have targeted various groups for expulsion, from Chinese and Europeans at the turn of the twentieth century to Central Americans and Muslims today. He reveals how authorities have singled out Mexicans, nine out of ten of all deportees, and removed most of them not by orders of immigration judges but through coercive administrative procedures and calculated fear campaigns. Exposing the pervasive roots of anti-immigrant sentiment in the United States, The Deportation Machine introduces the politicians, bureaucrats, businesspeople, and ordinary citizens who have pushed for and profited from expulsion. 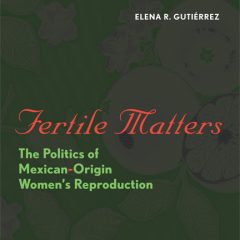 In this exploration, Elena R. Gutiérrez considers these public stereotypes of Mexican American and Mexican immigrant women as “hyper-fertile baby machines” who “breed like rabbits.” She draws on social constructionist perspectives to examine the historical and sociopolitical evolution of these racial ideologies, and the related beliefs that Mexican-origin families are unduly large and that Mexican American and Mexican immigrant women do not use birth control. 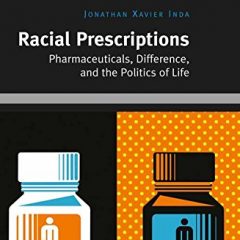 Racial Prescriptions explores the politics of dealing with health inequities through targeting pharmaceuticals at specific racial groups based on the idea that they are genetically different. Drawing on the introduction of BiDil to treat heart failure among African Americans, this book contends that while racialized pharmaceuticals are ostensibly about fostering life, they also raise thorny questions concerning the biologization of race, the reproduction of inequality, and the economic exploitation of the racial body.

From Deportation to Prison: The Politics of Immigration Enforcement in Post-Civil Rights America by Patrisia Macías-Rojas Heading link 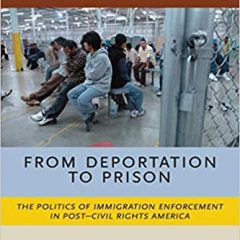 From Deportation to Prison unpacks how the incarceration of over two million people in the United States gave impetus to a federal immigration initiative—The Criminal Alien Program (CAP)—designed to purge non-citizens from dangerously overcrowded jails and prisons. Drawing on over a decade of ethnographic and archival research, the findings in this book reveal how the Criminal Alien Program quietly set off a punitive turn in immigration enforcement that has fundamentally altered detention, deportation, and criminal prosecutions for immigration offenses. 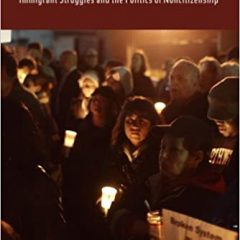 During the past ten years, legal and political changes in the United States have dramatically altered the legalization process for millions of undocumented immigrants and their families. Faced with fewer legalization options, immigrants without legal status and their supporters have organized around the concept of the family as a political subject—a political subject with its rights violated by immigration laws. Drawing upon the idea of the “impossible activism” of undocumented immigrants, Amalia Pallares argues that those without legal status defy this “impossible” context by relying on the politicization of the family to challenge justice within contemporary immigration law. 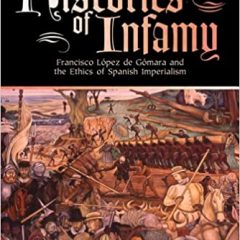 In Histories of Infamy, Cristián Roa-de-la-Carrera explores Francisco López de Gómara’s (1511-ca.1559) attempt to ethically reconcile Spain’s civilizing mission with the conquistadors’ abuse and exploitation of Native peoples. The most widely read account of the conquest in its time, Gómara’s Historia general de las Indias y Conquista de México rationalized the conquistadors’ crimes as unavoidable evils in the task of bringing “civilization” to the New World.

The Lost Apple: Operation Pedro Pan, Cuban Children in the U.S., and the Promise of a Better Future by María de los Angeles Torres Heading link 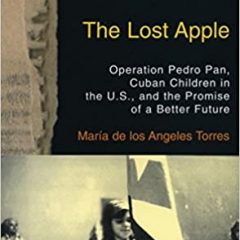 From 1960 to 1962, 14,048 Cuban minors arrived in Miami. María de los Angeles Torres was six years old when she took part in this massive airlift-now known as Operation Pedro Pan-in which parents, terrified that the new communist government would ship their children to Soviet work camps, sent them instead to America. Torres examines the event from both a historical and a personal perspective. This “relentless investigator of history” (Miami Herald) forces declassification of key documents, challenging us all finally to come to terms with this pivotal yet largely neglected exodus.