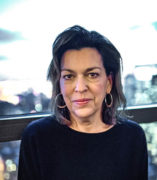 She is author of two books, The Lost Apple: Operation Pedro Pan, Cuban Children in the US and the Promise of a Better Future. Boston, Mass: Beacon Press, 2004 and In the Land of Mirrors: The Politics of Cuban Exiles in the United States. Ann Arbor, Michigan: University of Michigan Press, 1999. She is co-author of Citizens in the Present: Youth Civic Engagement in the Americas, University of Illinois Press, 2013. She edited By Heart/De Memoria: Cuban Women's Journeys in and Out of Exile. Philadelphia: Temple University, 2002 and co-edited, Global Cities and Immigrants: A Comparative Study of Chicago and Madrid, Peter Lang, 2015 and Borderless Borders: Latinos, Latin American and the Paradoxes of Interdependence. Philadelphia, Penn.: Temple University Press, spring 1998. She has published chapters and essays on issues of diversity, US/Cuba relations, and immigration.

Currently she is working on a manuscript titled The Elusive Present: Time and Politics in Cuban Thought.