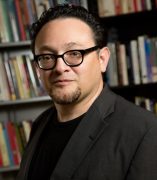 Professor and Director of Latin American and Latino Studies

Jonathan Inda is Professor and Director of Latin American and Latino Studies. He earned a Ph.D. in Anthropology from the University of California, Berkeley and an A.B. in Public Policy from Stanford University. He has written about anthropology and globalization, Foucauldian social theory, the geneticization of race, and the government of immigration. His books include Race, Identity, and Citizenship (1999), The Anthropology of Globalization (2002, 2008), Anthropologies of Modernity: Foucault, Governmentality, and the Politics of Life(2005), Targeting Immigrants: Government, Technology, and Ethics (2006), and Governing Immigration Through Crime (2013).

Prof. Inda is currently working on a book tentatively titled Confined to Death: Uncaring Medicine and the Necropolitics of Detention. The book focuses on the deadly consequences of care in immigration detention. It argues that the states’ responsibility to care for those in its custody clashes with the governmental and popular construction of immigrants as undeserving criminals, producing what he calls “uncaring medicine.” This is a type of medicine that cares little for migrant bodies, providing only enough care to minimally sustain life. The goal of detention care appears to be nurturing the lives of detainees only modestly—to give them just enough care so that they are in good enough health to be released or deported. This just enough approach to medical care in detention has disastrous consequences for detainees. Many migrants need more than just enough health care. Since 2003, there have been over 200 deaths in immigration detention. Substandard care contributed to many of these deaths. Ultimately, the book suggests that spaces of detention function as technologies of elimination where migrants are uncaringly treated to death.